“You never think your campus is going to be closed down because of a wildfire, but now we definitely know.” 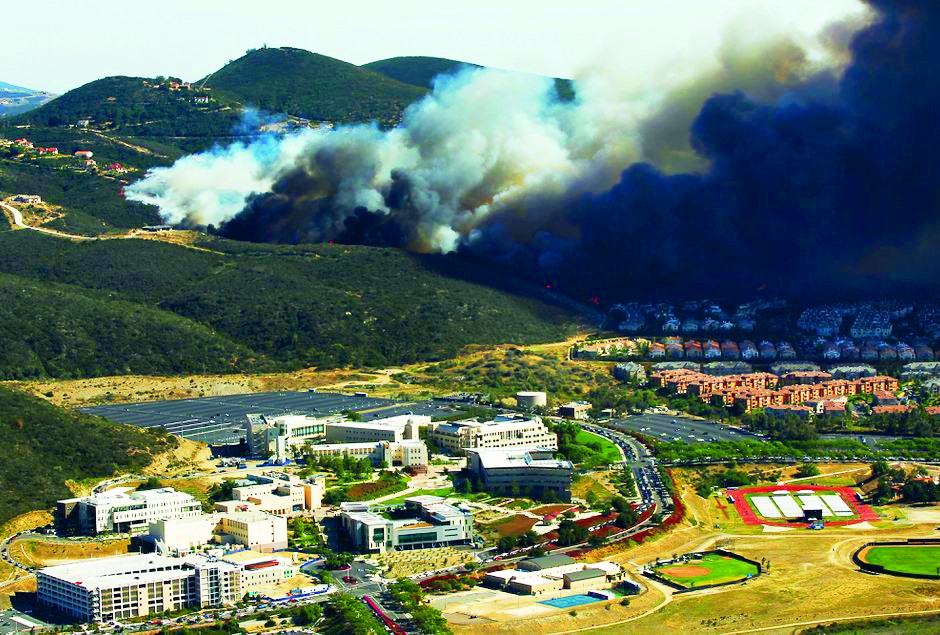 Cocos Fire Behind CSUSM
On Wednesday, May 14 the Cocos Fire broke out in the hills behind Cal State San Marcos. Photo: curtesy of CSUSM.

Most communicators expect to have to deal with a crisis situation at some point in their career. Yet predicting how a crisis will rear its ugly head is incredibly difficult. While it is impossible to address every potential scenario, implementing a strong team and the right protocols can help effectively steer organizations out of crises.

In 2014, when nine infernos blazing in the San Diego region threatened California State University San Marcos (CSUSM), a school of 11,300 students, the rapid response skills of the Public Relations team were held to the fire.

As they dealt with a deluge of information coming in through one end, and questions from concerned parties from the other, the role of the PR team is a textbook case on how to handle crisis communications:

Yet more impressive than the team’s quick response to the crisis, was the textbook crisis management preparation CSUSM undertook following the wildfire incident.

Prior to the wildfire, only one member of the CSUSM staff, the Public Information Officer, had undergone crisis training. 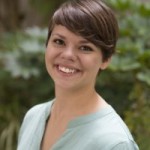 I think we did an incredible job, but it definitely woke us up to the fact we weren’t as prepared as we wanted to be.

“It was really fascinating because we were divided into teams and given an emergency. And we had to both act out and write down what we would do in our role. I had to write a press release in three minutes, and also a series of tweets and website updates. In the last session we came together and discussed the issues that came up that needed to be solved, so we could address those in advance of an actual campus emergency”.

In addition to simulation exercises across the crisis response team, the PR team also formalized their own internal processes in preparation for crises. “Now we have pre-written messages and press releases in the event of most campus emergencies. The statements have been vetted and approved by the university leadership and would only need slight updates if they were ever needed.”

Download a 5-Step-Guide to do a dry run for your crisis communications.

All members of the PR team were also given extensive training, including press interviews, social media, and PressPage.

“We definitely all feel like we are as prepared as we could be now”, said Katie, explaining that they now feel well versed in “how and what we’re doing during crises, where we keep the assets related to emergencies, like a big yellow triangle with a red background that we use in any news release that is related to an emergency situation.”

Finally, Katie adds that the PR team were all given extensive cross-training of each other's roles, “so that in the case of emergencies any one of us could do the others job, and that includes using PressPage. We have all our individual roles in the event we’re all here, but also have the ability to take over for each other if we are not”.

The impact of preparation

Since the wildfires, the CSUSM team has had two instances where it used its new crisis management strategies.

Exactly one year after the wildfires shut down CSUSM for a week during commencement, mother nature struck again, and the university was again forced to close down on the day of commencement due to a severe thunderstorm.

“Postponing the commencement ceremony again – two years in a row – is a pretty huge deal,” explains Katie. “So while we didn’t have the same immediate emergency communications, we were able to immediately implement our plan that we had created in the event we have to postpone commencement, especially related to weather.”

With over 10,000 people traveling to attend the commencement ceremony, the CSUSM public relations team had just three days notice to alert people that proceedings would be postponed. But with the learning experience from the year before, as well as its formalized crisis communications collateral including press releases, tweets, and b-roll, CSUSM was able to swiftly and decisively address the issue. In communicating to its internal audience of students, faculty, and families, as well as to the media, the team was prepared for what to say, and what the feedback was going to be. “We were able to answer some questions before they were even asked,” Katie adds.

The result of this preparation was a smooth overall process, with both the school’s internal audience and the media knowing what to expect. “Once we sent out the initial notification, pretty much every major media company in San Diego easily picked up the story from our news center that our commencement ceremony was rescheduled. We had set the expectation for where people could find information, and where we would be updating it. It was a much much smoother process from our perspective.”

Summing up the result of their preparation, Katie concludes, “fewer phone calls, fewer panicked people, and the media knew where to go”.

Apart from the calming effects of deep preparedness, a clear crisis communications strategy has led to longer term reputational benefits for CSUSM.

“We have established ourselves, not only during emergencies, but just in general, as the source of information, and that we also provide accurate information as quickly as possible.”

Are you curious to see how an online newsroom could support your PR strategy? Request a free 14-day trial to try it out.

Every business can face a crisis, regardless of sector or activity. Your response at that moment will be key to shape the narrative – late or inadequate responses can have a lasting impact on how …
Read more

An effective online newsroom should be equipped with the tools and functionality to quickly layout your message, easily locate the necessary media assets, seamlessly distribute a response to all your …
Read more

Crisis communication has been on our mind a lot recently – we’ve even published a guide for PR teams and a few more resources like holding statement templates – but in this post, we really want to …
Read more
About PressPage

Transformation for everyone: How a scale-up and a sprinter can learn from each other
Welcome on the Advisory Board!
Information Security is no longer a choice, but a must
Interview with our CEO: Important milestones for a truly essential CommTech platform
Fast-growing PressPage receives investment of €2 million
The main challenges for communications teams