For professional associations it is vital to stay on top of developments in their industry. It is no different for the UK's leading professional PR association; the Chartered Institute of Public Relations. The CIPR was founded in 1948, and as an organization they have kept evolving to ensure they provide their members with thought leadership, best practice, and an industry voice.
We spoke with Koray Camgoz, the CIPR's Public Relations Manager, who is responsible for setting the communications strategy for the entire organization, including their online newsroom. 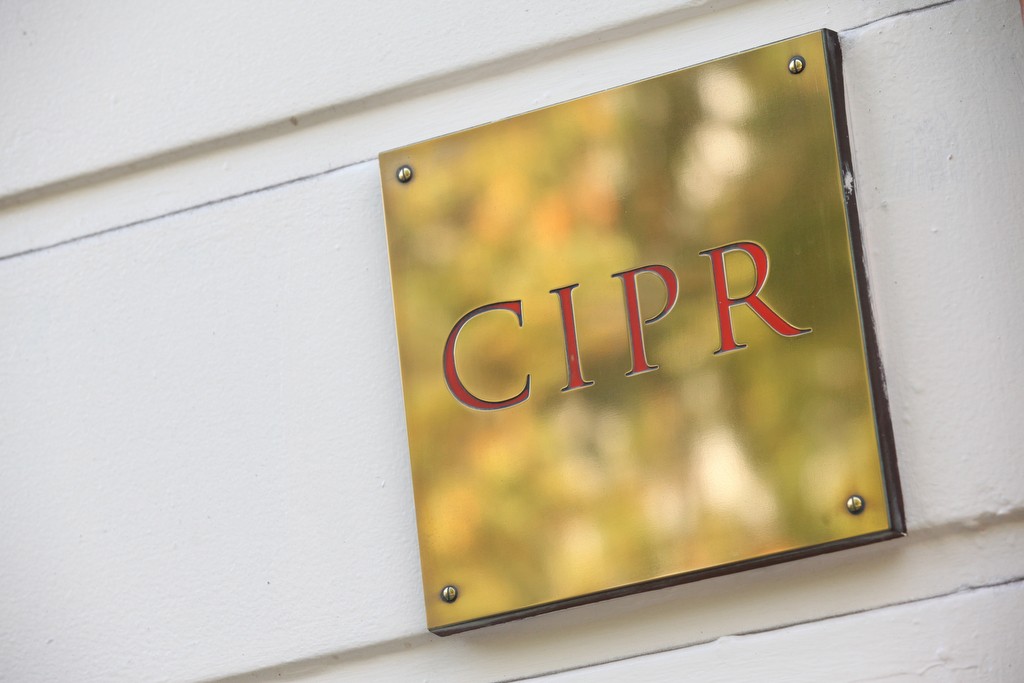 CIPR offices
Founded in 1948, the Chartered Institute of Public Relations (CIPR) is the Royal Chartered professional body for public relations practitioners in the UK and overseas. The CIPR is by far the biggest member organisation for PR practitioners outside of North America. By size of turnover and number of individually registered members, we are the leading representative body for the PR profession and industry in Europe - http://newsroom.cipr.co.uk/

How does an organization like CIPR handle its own PR?

For the CIPR, there is always plenty to communicate, because as an organization, they are constantly working on new and different things. “For example, one of our key policy issues is ethical conduct in public relations. A short while ago there was an issue with Bell Pottinger…”[a British PR agency], “which prompted a huge interest spike in ethics in public relations. This was good news, because people were interested in hearing to about ethics and ethical conduct,” Koray says.

Connecting time-lines to topics the CIPR already covers, is important. It just so happens that October was the Ethics Month for the institute, in which they published a podcast, welcomed a statement around a new global ethical conduct for PR by the Global Alliance and so forth. Koray played an important role: “My role was drafting the statement, gettings quotes from the Global Alliance, from our president, and then packaging everything into one press release. Alongside that, I am also responsible for getting our message out, so I upload the press release to the newsroom, contact people in the industry [social media influencers as well as journalists] to get them talking about it and covering it in their media."

For each type of message, there is a specific channel that is best suited as a 'carrier.' Koray explains: “Traditionally we see that for us Twitter is the biggest driver of traffic, even more so than trade press. However it can be very dependent on the story, but I usually start with Twitter.” According to Koray, Twitter plays the most important role in communications because the PR industry is obsessed with it. “It can be a bit of bubble sometimes. For a lot of PR professionals, it is the first thing they look at when they wake up.” Although this does not necessarily sound like the most relaxed morning ritual, it might explain why it is the primary driver of traffic for the CIPR's news releases.

Facebook is also becoming increasingly more relevant as a distrbution channel. However, it must be noted that for the CIPR it is best suited for non-controversial articles. “Since organic posting on Facebook is nearly impossible, we always boost our Facebook posts. Previously, CIPR was using Facebook exclusively for marketing, for example to promote awards qualifications, which works well due to the specific targeting options. This success got me thinking about using news on Facebook. Sometimes it has been really successful; some posts got hundreds and hundreds of likes, tons of shares, and has driven traffic to the newsroom. Unfortunately there have also been others that have just stimulated huge arguments and caused issues.”

The CIPR also makes active use of their Facebook Newsroom, a repository of news articles directly in sync with their online newsroom.

For the more business minded pieces the CIPR has opted to use LinkedIn. Statistics for the newsroom give the CIPR insight into what works and what does not. Koray indicates “it has given me appreciation that we have to use the right content for sharing in the right channels.”

The benefits of having an easy-to-use online newsroom

Having a central place where all news releases are easily searchable, accessible and shareable for different audiences is essential in modern PR. Luckily for Koray, when he started his role at CIPR, the organization was already using PressPage for the their online news. “When I first logged in, I found it very easy to use. To make sure I knew enough about the platform, I placed a call with our dedicated PressPage Customer Success Manager as to get the best out of all the features available.”

With the branded PressPage newsroom in place, Koray has no issues in taking a brief holiday when needed. A temporary hand-over is not a problem: “It is easy to train other people to use it. When I go on a holiday, I just make sure my colleagues are able to get on the platform and do the basics. They don’t need to know everything and the platform is intuitive enough for them to easily do what they need to do.” 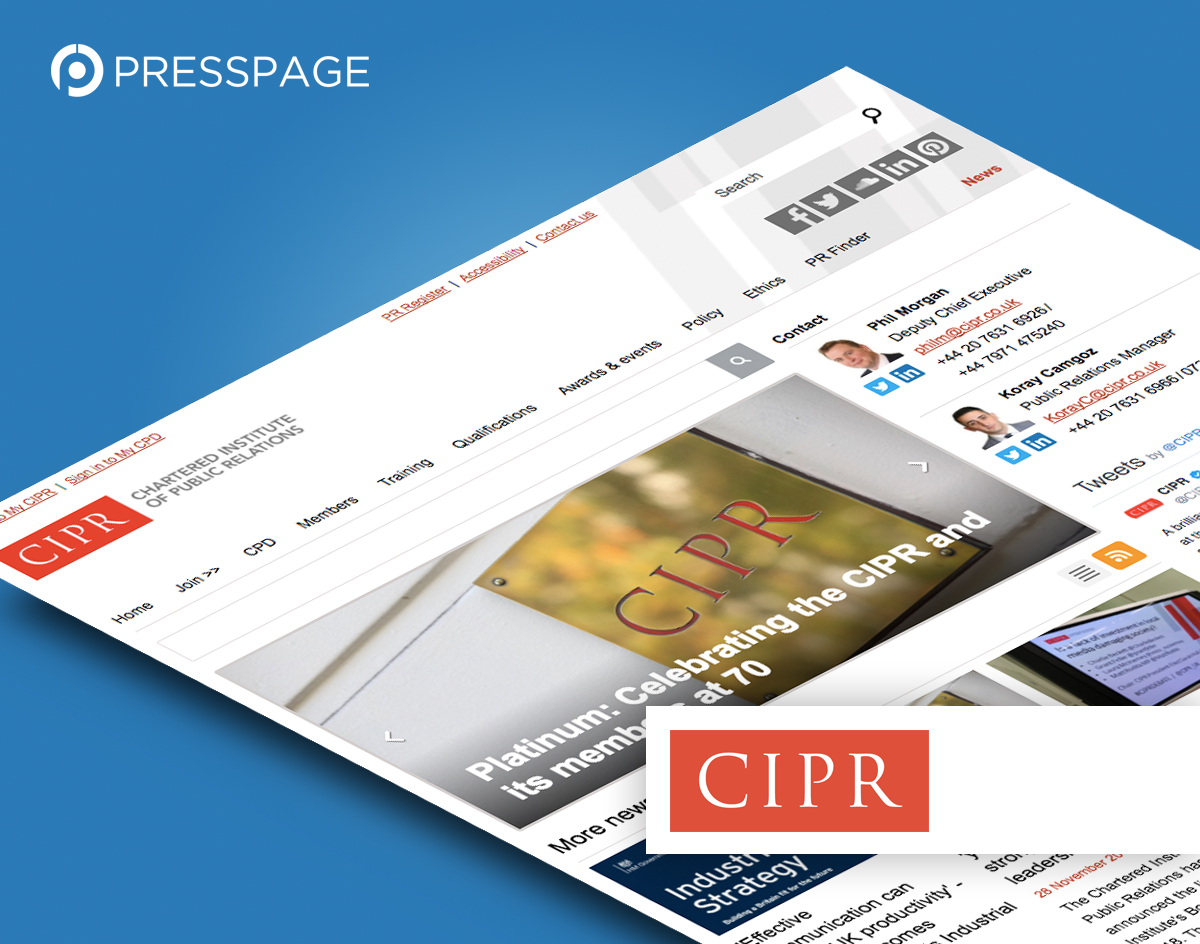 The newsroom as an important traffic driver

Since taking on the role, Koray has led changes in how the newsroom is used. “We see a positive increase in the number of unique visits to the newsroom, due to a slight change of strategy. I have put much more emphasis on driving people directly to the newsroom.” Next to that, the institute now also uses the newsroom more to publish a wider array interesting PR-related news topics. “Over the past 12 to 16 months, there have been a range of interesting stories that we’ve published, which have led our key stakeholders coming directly to us for news.” As the discussion over PR's effectiveness lingers on, attribution and bottom-line contribution to an organization's goals are becoming key aspects of measurability. So, publishing relevant stories, distributing these through appropriate channels, and bringing them back to once central place, is making Koray's efforts quantitative.

The CIPR acknowledges the positive impact of including digital assets like videos and images into an online release. “Whenever there is a chance to publish a video, we try to do that. I really like the fact that it is easy to embed videos from YouTube or Vimeo, or a Podcast from Soundcloud directly in the release. This is great and it enables us to enrich the releases."

Improving based on experience and insights

The PressPage platform offers CIPR more insights not only into the amount of visitors, but also where the visitors are coming from. “We know that Twitter is more of a bubbled network, however, we wanted to reach people outside of that circle. Using Facebook to spread our news gave us the opportunity to reach a more international audience.

The CIPR uses this information to continually evaluate and adapt the content they create and publish. “We target different groups with different languages and content all the time. When we send out emails, we personalize the message to the group we are sending it to, to target them in the best way. But we also use the information gathered via the statistics in the platform to adapt our message or use different distribution channels.

Visit the CIPR's newsroom opens in new window
About PressPage

A few years ago, National Joint Powers Alliance (NJPA), a government agency centered around serving the community, arrived at the conclusion they had outgrown their brand name. Setting out to rebrand …
Read more

Bupa is a unique organisation with a strong purpose: Longer, healthier, happier lives. It has no shareholders and instead reinvests its profits to deliver more and better healthcare for its current …
Read more

Pirelli is one of the largest tyre manufacturers in the world. Their innovative and sustainable products are made in 19 factories across the world and supply a world class product for cars, …
Read more
Back to Newsroom

Transformation for everyone: How a scale-up and a sprinter can learn from each other
Welcome on the Advisory Board!
Information Security is no longer a choice, but a must
Interview with our CEO: Important milestones for a truly essential CommTech platform
Fast-growing PressPage receives investment of €2 million
The main challenges for communications teams