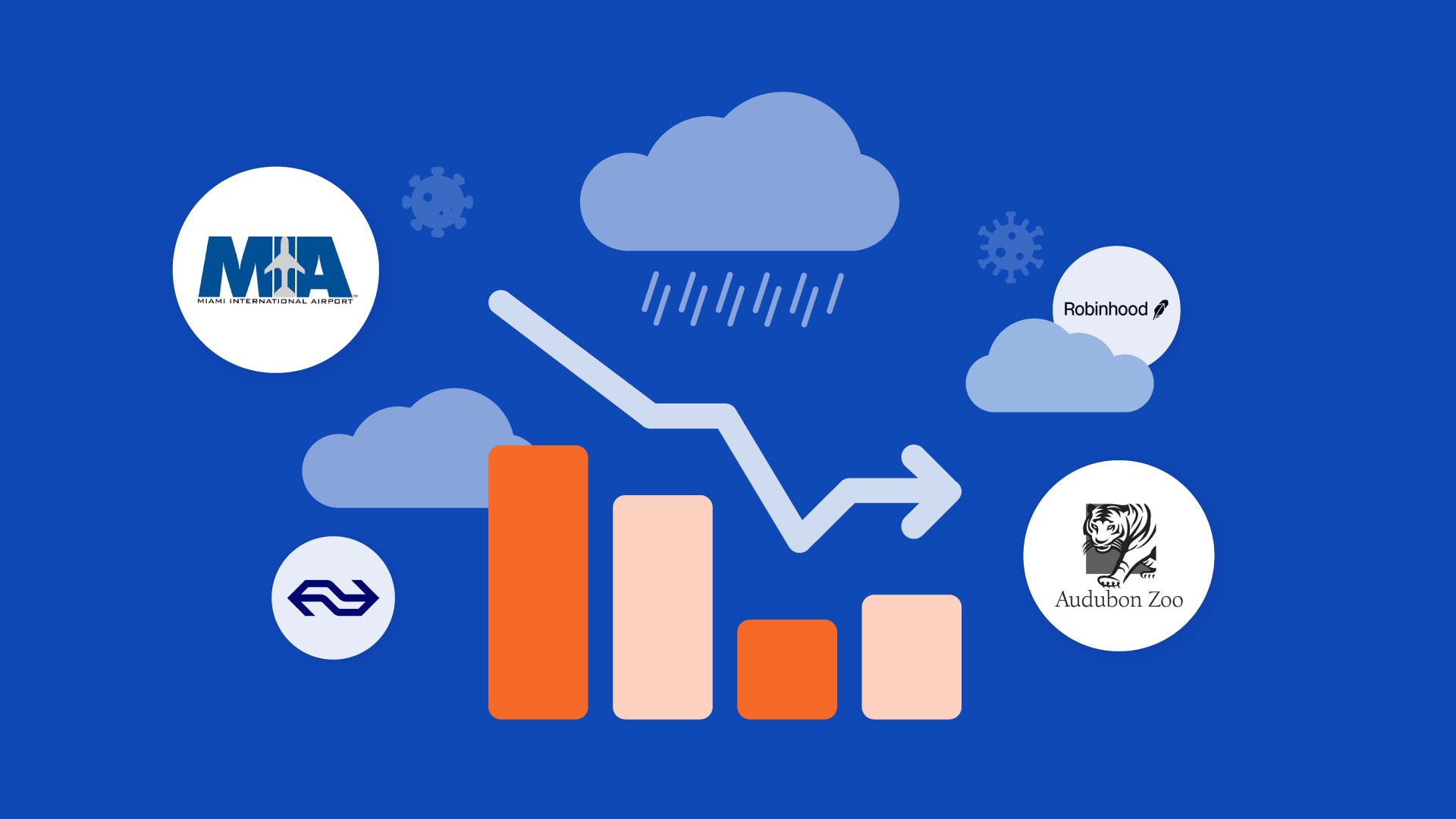 Every business can face a crisis, regardless of sector or activity. Your response at that moment will be key to shape the narrative – late or inadequate responses can have a lasting impact on how your brand is perceived by the public. Luckily, there are enough good examples of crisis communications out there so you can learn vicariously and apply that to your crisis response.

In September 2017, Hurricane Irma hit the east coast of the United States. The category 5 hurricane caused widespread damage and dramatically disrupted communications, making people turn to social media for information. Because of the immediacy and potential for information to travel quickly, social media is a great tool for brands to use during a crisis, but things can easily get out of hand. Organizations must be quick to react and monitor public opinion closely to be able to use social media to their advantage.

At that point, Miami International airport (third busiest in the US for international passengers) was preoccupied providing travelers, affected families, employees, and partners with information about disrupted operations, including multiple canceled flights.

While the PR and communications team worked overtime to make sure everybody stayed informed, footage of a flooded airfield surfaced online. Users claimed it was Miami airport and news outlets started picking it up and amplifying the narrative. The team was quick to react and replied to high-profile accounts on Twitter (including Dan Scavino Jr, former White House director of Social Media) clarifying that it was not Miami airport.

This video is not from Miami International Airport.

It later became clear that the video was taken a few days before at Mexico City International airport and showed the effects of tropical storm Lidia. Using their newsroom to publish all relevant information and combining that with the reach of social media, Miami International Airport was able to navigate an emergency situation and quickly steer the conversation on social media towards the facts.

Last February, most of the Netherlands was covered in snow during the worst winter storm to hit the country in 10 years. Snow, sleet, wind, and freezing temperatures that lasted up to 10 days caused severe disruptions to the rail and transportation systems and most short and Intercity trains had to be canceled, including those to and from Germany.

As the majority of commuters still work from their homes (half-year figures from 2020 show only 10 to 40% of passengers were traveling, compared to previous periods), disruptions impacted a smaller portion of the population but were an annoyance for passengers who needed to use the railroad service during those days. The most common criticism is that it was difficult to follow social distancing measures with trains running less frequently and with more passengers on board than usual.

NS, the Dutch railroad service, was quick to react and started communicating before the heaviest snowfall arrived. They opted for a real-time and transparent approach, using their newsroom to host a dedicated live blog. Content in the timeline ranged from traveling advice to schedule updates and videos of maintenance staff melting the ice that formed underneath the trains. The team also used the space to acknowledge the pain points of passengers who found themselves in busier trains and to remind the public to stay home unless strictly necessary and travel during off-peak hours whenever possible.

Audubon Nature Institute operates a family of ten museums and parks dedicated to nature. In the summer of 2018, the Audubon Zoo team had to communicate about an incident where a 3-year-old male jaguar escaped its habitat. The zoo was closed and the time and there were no human injuries, but the jaguar attacked other animals before being secured within the hour in its night house by care and veterinary staff.

They swiftly started publishing information to their newsroom just an hour after the incident and organized a press conference the same day. Saddened by the loss of the animals, they also let visitors know the zoo would close the next day to be able to conduct an investigation as to how the jaguar escaped. They updated their newsroom with new information, contextualizing as it arrived and directing media and journalists to that “hub”. Centralizing their response like that also freed up time spent on admin tasks while they took care of the more strategic side of their response.

The investigation concluded a couple of weeks later, Audubon Zoo kicked off a project to redesign the jaguar habitat. The exhibit was otherwise found compliant to regulations and those of large carnivores were also inspected, finding nothing of concern.

How late responses and lack of empathy can harm your reputation: the case of RobinHood

Earlier this year, the Gamestop-Wall Street hedge fund short squeeze made news all over the world. Robinhood, a company that offers commission-free trades of stocks and exchange-traded funds via a mobile app, played a crucial role in this story and eventually became a textbook example of what not to do when you have to do crisis communications. Shortly after the value of GameStop (a brick-and-mortar game retailer) was predicted to decrease, participants of a subreddit where stock and option trading are discussed organized to drive its stock price up by more than 600%. Many of them were using the Robinhood app to do so.

Two days later, Robinhood restricted the trading of certain stocks failing to communicate adequately about why they took this decision. Their silence lasted about 12 hours. Rumors and theories that Robinhood was helping hedge funds at the expense of retail investors started to surface. US Congress representatives and high-profile business leaders questioned their motives and Robinhood went from democratizing finance to the antihero of the story in the span of a few hours. To make matters worse, when they did face the public with an explanation, the company’s CEO was perceived to be using too much jargon and speaking with little empathy towards frustrated customers.

After the story was picked up by the general public and the media, RobinHood published a long account of what had happened that week, explaining in detail how trades work and why they restricted trade for certain stocks. Two days later, they also published a more personal letter to their customers where they addressed the rumors with a reassuring tone.

There are plenty of lessons to be learned from the Robinhood example, the most obvious of them all is that a lot of damage here was self-inflicted and could have been avoided by timely communications using the right channels and tone of voice.

Every communications team knows that at some point they might have to deal with an emergency situation. Since you don’t always know exactly when they’ll come, the best any team can do is prepare – make sure you have:

When the time comes to go into crisis communications, you should respond quickly (ideally within the hour), and be as empathetic and transparent as the situation calls for.

Learn how the PressPage suite of PR tools can help you prepare and respond to any situation. Explore our crisis solutions.

An effective online newsroom should be equipped with the tools and functionality to quickly layout your message, easily locate the necessary media assets, seamlessly distribute a response to all your media channels, and provide stats about your …
Read more

Crisis communication has been on our mind a lot recently – we’ve even published a guide for PR teams and a few more resources like holding statement templates – but in this post, we really want to dig into the practical details and approach it from …
Read more

Here at PressPage, we’re always focused on developing solutions for the challenges of modern PR. And while crises are nothing new, last year a lot of teams entered what became a long, constant state of vigilance. Their workflows and ability to …
Read more
Back to Newsroom