Johnsonville Sausage uses PressPage for Web posts and social media sharing, boosting the reach of a cooking stunt and broadening the search for a multi-skilled spokesperson.

Johnsonville Sausage is searching for a spokesperson of unusual qualifications. The ideal "bratcaster" candidate has a communications or theater degree, possesses marketing and emcee experience, and is willing to travel the country with a 26-ton sausage grill on wheels, talking up brats.

How, though, does a company find a communicator person who can both ace TV interviews and offer cooking advice over a smoking grill? Johnsonville posted a video touting the position.

"This is your office," the company's retiring grill master, Ryan Allison, says in the video. "It's 55 feet long and weighs 53,000 pounds. ... You're going to attend some of the greatest events in the U.S., like the Kentucky Derby, NASCAR races, NFL games—you name it. You'll be there."

In three weeks the YouTube post has had more than 3,100 views—not bad for a recruitment video. The sausage-maker published and promoted the video with the help of PressPage, a newsroom software platform that integrates with websites and makes updates and social media sharing easy. (PressPage is a Ragan partner.)

"It's got to be easy for me to manage," says Stephanie Dlugopolski, manager of public relations and social media at Johnsonville. "I'm a one-person shop, so the more efficient I can be in getting that content live is key, and the more accessibility and sharing options that I can offer our visitors, that is also critical."

Although a recruitment video isn't Johnsonville's usual fare, it does illustrate the flexibility of its newsroom. Dlugopolski's primary interest in developing a social media newsroom was that the company publishes a lot of content that might interest reporters and the general public.

The sausage-maker offers promotions that it wants consumers to participate in, as well as "hard news"—that is, more traditional press announcements such as the one stating that "Construction Begins on New Watertown, Wis. Facility."

"We are a fun social brand," Dlugopolski says. "We have a real strong connection to our consumers."

One fun promotion—a partnership with Uber-brought three Italian grandmothers ("nonnas," they are called) to Chicago in tiny houses on wheels and offered to deliver meals to lucky customers. ("Sausage Nonnas Sausaged Chicago!" Johnsonville's newsroom announced.) With PressPage it was easy to feed the social media sites that supported the event, Dlugopolski says.

The stunt was eye-catching enough to draw an article in Adweek, which also ran photos of the tiny houses scooting along a Chicago expressway, as well as videos of the cooking grannies.

"The stunt, orchestrated by Droga5, seems a little random, but the images of the nonnas in action are pretty amusing," AdWeek stated. "They delivered sausage rigatoni, lasagna or Italian sausage and meatballs, by the way."

(Well, maybe it only seems random if you've never had a home-cooked meal featuring Italian sausage.) 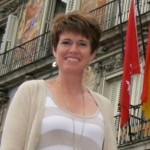 Publishing is no longer cumbersome

Publishing text, photos, three videos and other aspects of the stunt would have been a cumbersome process in the past-not a good thing in an Internet environment that demands immediate updates and social media sharing, Dlugopolski says.

"I did not have an option to upload visual content as well as regular content in a timely and simple manner," she says.

PressPage makes it easy for reporters and others to download images. The software makes social media sharing possible and provides analytics, so Dlugopolski can see what is and how to shape future content.

The metrics demonstrate what works online and what doesn't. "That helps me be smarter in terms of what kinds of content we put up in the future," Dlugopolski says.

"Sausage nonnas," for example, became one of Johnsonville's greatest online successes. That success is seen elsewhere on the website as well.

This article is written by Russell Working and was orininally published on PR Daily on February 8, 2016.

The PressPage newsroom not only increased traffic to KLM’s news pages, it also improved their workflow. By creating more efficiency and speeding up the publication process considerably, KLM were …
Read more

‘Looking back and analyzing instead of frantically pushing on’

After the merger between BNN and VARA, the new broadcasting organization installed a newsroom to meet the changing demands of journalists. Creating the appropriate environment for BNN-VARA’s dual …
Read more

In Fontys Hogescholen’s communications strategy, the role of content is growing at a steady pace. The transition to a new newsroom enabled the broad-based college to reach a larger
Read more
About PressPage