Scientific research shows that percentages are significantly better recalled than many other forms of quantitative data.

Whether you’re producing a press release, an advert or a television commercial, your goal is to inform and persuade your audience. As you’ve probably discovered yourself, however, this is often a lot harder than it sounds. Attention is hard to get and hold. Several studies have shown that people remember very little of what they absorb through various media. Fortunately, there are ways to somewhat influence these effects.

In an American study into the recall of quantitative data in news articles, researchers distinguished several forms in which numerical information can be cited. They presented subjects with news articles which used different variations of quantitative data, and discovered there are significant distinctions when it comes to remembering these various forms.

The study showed that quantitative data were more successfully recalled when presented as percentages (20%) than as written fractions (one fifth) or absolute numbers (34.000). The experiment was repeated for a Master’s thesis in The Netherlands, using visitors of marketing weblog Marketingfacts.nl as respondents. The results where the same: percentages were significantly better recalled than absolute numbers and written fractions. Percentages also help to optimise reader comprehension, as concluded in a study regarding package inserts provided with prescription medication. 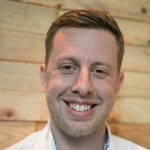 These findings touch both previously mentioned publishing goals: informing and persuading. The first one speaks for itself: readers are better informed when they’re able to recall the content more successfully. But did you know that quantitative data also serve to make your publication more convincing? Two experiments by another Dutch researcher in 2011 revealed that the use of numerical information in news articles contributes to the perceived trustworthiness of the article.

So definitely use quantitative data to make your release more convincing, and choose percentages where possible to help your readers remember everything. There in one exception: if the reader feels the writer or quoted source lacks in expertise, the user of numbers will actually have a reverse effect.

The most useful tools for PR professionals

Whether it’s planning, production or monitoring results: all facets of life in PR could be made more efficient and effective by using the right tools. Are you using these very useful ones yet?
Read more

There are many ways to keep track of trending topics on social media. Here’s why you should and how to go about it.
Read more

You have fifteen seconds to convey your message on a small smartphone screen on which you’re competing with 25 other apps.
Read more
About PressPage

PressPage is the leading content-sharing-platform technology provider for social newsrooms, virtual press centers, and online media hubs. Our technology is uniquely designed to add workflow efficiency and distribution effectiveness; allowing brands to tell an engaging and optimised online story that is published straight into the search and social worlds.