Six months after launching their integrated PressPage newsroom, news readership quadrupled compared to the stats of the native newsroom. The center's Facebook page grew by 16 percent, with a 52 percent increase in reach. 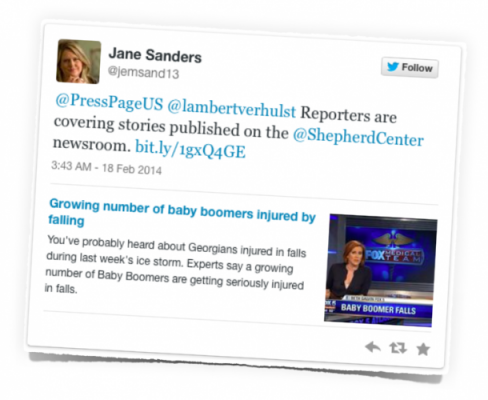 When you represent a hospital specializing in brain and spinal cord injuries, it's not every day you have the opportunity to make the evening news.

That's why the Atlanta-based Shepherd Center has used a content strategy based in rich storytelling from its newsroom to catch the attention of new media outlets.

The newsroom is the center of the hospital's storytelling through articles, photos and videos. The strategy is amplified through social media and paid promotion via the content amplification platform Outbrain, says Jane M. Sanders, the hospital's associate director of public relations.

Perhaps it's natural that a hospital filled with heart-wrenching and inspiring stories would take a brand journalism approach.

Shepherd Center has offered a feature story about a former army medic healing from traumatic brain injury, tips for raising a child when you have a spinal cord injury, and a tale about celebrating Thanksgiving with a family member who is newly able to get about with a walker after damaging her back in a fall.

The newsroom is run on PressPage software, which enables easy posting and social media sharing. The newsroom has had nearly 186,000 unique visits in this calendar year, a huge spike in traffic over last year, when it adopted the software.

Not only is the newsroom informing potential patients and families, but it also drives inquiries by reporters.

"I just had one today from the local Fox affiliate," Sanders says. "This is the time of year when reporters are looking for copy to fill some holes for the holidays, when they have people out or they have a lot of air time to fill. So, we were able to give him two stories we published from our newsroom in the last couple months. It looks like they're going to do both of them."

One of those stories dealt with a basketball coach returning to work after rehabilitation for a diving-related spinal cord injury. The story used him as a peg to discuss Shepherd Center's diving injury prevention campaign. The piece quoted an expert who said, "The simple message is always to go feet first. Diving is never worth the risk."

Another story discussed how activity-based therapy, a neurological rehabilitation program, promotes functional improvement and lifelong wellness. It led with a description of the gym that houses Shepherd Center's Beyond Therapy. 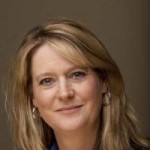 From the beginning, PressPage provided an easy-to-use platform that allowed us to migrate existing content to the newsroom and launch the new site within a short timeframe. The steps leading to launch were guided and well organized by PressPage.

For Shepherd Center, a primary means of driving interest in stories is through social media, which also leads viewers back to the main hospital site.

One recent video helped promote the hospital's mission of advocacy and community accessibility for people who use wheelchairs and other methods of navigation around the community. Shepherd Center posted a black-and-white video and music from 1928 to create a humorous newsreel to address etiquette when you encounter a wheelchair user in a doorway, whether it's interior, exterior or getting on and off an elevator.

Shepherd Center is amplifying content through Outbrain. The company places a photo and a link at the bottom of popular websites, driving traffic back to Shepherd Center through the hospital's own stories.

"Say you search for 'wheelchair,' and then you see down at the bottom, 'From around the Web,'" Sanders says. "You'll see a thumbnail and a short headline under it. That's typically promoted content that is either through Taboola or Outbrain."

The hospital pays $800 per month to promote two pieces of content, and it has seen its content placed on CNN, Fox News, the New York Post, Time magazine and other news sites. This has drawn 10,000 clicks to newsroom content and generated 1,000 sessions per month, Sanders says.

Outbrain makes sure that the stories have legitimate editorial content that could be useful to people and are not bald advertorials. Its editors even have refused to promote stories that they deemed too marketing-oriented.

Both strategies—the social media and the paid promotions—point back to the PressPage newsroom.

"The more I've worked in it," Sanders says, "the more I see that it does have multiple purposes to it."

This article is written by Russell Working and was orininally published on PR Daily on December 22, 2015.

How to spruce up your newsroom—and draw eyeballs

There are two kinds of digital newsrooms in the organizational world. Some are designed to please the chief executive with flowery turns of phrase but offer little concrete information. Others meet the needs of reporters, customers and the …
Read more

How to become a brand journalist

On April 17th Tom Foremski organized a Media Salon in San Francisco on the rise of 'corporate publishing'. During the event a panel of experts discussed trends and effectiveness in corporate content strategies. The event inspired David Libby …
Read more

How to not get published!