The dark side of Brand Journalism is crucial

To strengthen their relationships with other departments as well as their influence at the management table, PR departments should be positioned at the very heart of their organization. At PR is Key, Sébastien Willems, co-founder and CEO of PressPage, pressed the case for fully embedded PR departments using the recent PR crisis at United Airlines as an example. 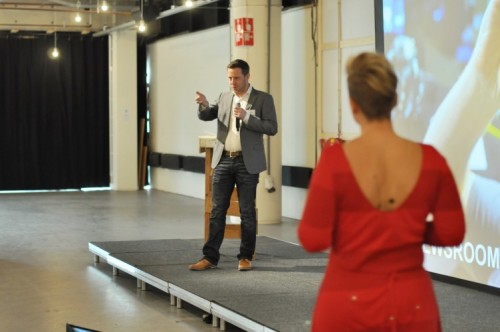 The violent removal of a passenger from an overbooked United Airlines flight triggered an outraged public to post heated comments all over the media. The incident quickly turned into a PR nightmare that got worse by the day. This crisis could have been avoided if the PR department had been sufficiently embedded in the organization. Hundreds of earlier incidents with involuntary deplaning resulted in conflicts between airlines and passengers. It was just a matter of time before a passenger would refuse to leave the plane and a situation like this would make the news some day.

The advantages of a fully embedded PR department include thought-through communication to the media, agreement within the organization about the outgoing statements, high levels of trust in the PR department and even avoidance of crises through critical evaluation of policies to determine risks. At United Airlines, this was all clearly absent. As a PR professional, you need to be able to explain why things like United’s passenger removal procedures are in place. You should have no trouble explaining why these rules are a good thing, or at least defend them with conviction. If you can’t without feeling awkward about your own story, that should raise a red flag. At United, a lack of conviction and agreement resulted in mixed messages with incomplete and contradicting information.

To prevent crises like this from happening, you need to notice the red flags among existing policies and take them up with upper management. Of course, you can only warn management about PR risks if you are aware of them yourself. The flight attendants at United Airlines already hated the involuntary removals, so HR probably knew about it. HR should have talked to management and PR to let everyone know about this crisis waiting to happen. The same goes for the pilots, who issued their own statement blaming the police, which only added fuel to the fire. They bypassed their PR colleagues and went to their union, resulting in a letter that went against the airline’s official position at the time.

Why do these communication problems between PR and other departments in an organization exist? Too often, employees in other departments don’t see their PR colleagues as acting on their level, assuming PR people don’t know what’s really going on and are only focused on sending out their happy press releases. The PR team is only called in to fix things when a crisis has already started. This is not simply the fault of the other departments. The PR team itself has a critical role to play in creating systems and workflows for effective crisis management AND prevention.

Looking at president Eisenhower’s well-known urgent-important matrix, many people will recognize that most of their work is focused on the first quadrant: important and urgent tasks. Focusing instead on tasks which are important, but less urgent, helps to manage time, reduce stress and tackle risks before they become a problem. As a PR professional, you shouldn’t only look for positive stories to share right now, but also listen to negative feedback that could cause a crisis later on. Proactively engaging with colleagues, like the flight attendants at United Airlines, is vital for collecting all possible reputation risks on your radar. 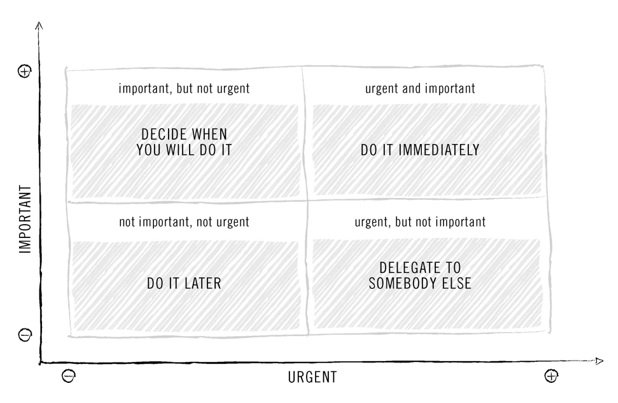 Getting a seat at the table

The next step is finding a listening ear in upper management. If you work in PR and already have a seat at the management table, you’re very lucky. Management meetings are usually all about marketing and sales, partly because those departments have lots of quantifiable data and countless tools at their disposal to generate reports for the management team. The PR industry is lagging far behind in this regard, and without hard data on ROI it’s more difficult for management to figure out what’s needed of them. To assist management and improve the chances of being heard, PR teams would do well to make a list of PR risks, with specified risk levels per item and short summaries on what the proposed action would look like.

The most important thing is for the whole organization to become aware of the fact that the PR department is not just there to spin stories to make the company look good, and putting out fires which already started. The PR team should do its best to actively engage and look for risks in the organization, and every other employee should know they can contact their PR colleagues with their concerns. A fully embedded PR department with a seat at the management table has the best chance of guarding their company’s reputation, handling crises both preemptively and as they unfold.

Every business can face a crisis, regardless of sector or activity. Your response at that moment will be key to shape the narrative – late or inadequate responses can have a lasting impact on how your brand is perceived by the public. Luckily, there …
Read more

An effective online newsroom should be equipped with the tools and functionality to quickly layout your message, easily locate the necessary media assets, seamlessly distribute a response to all your media channels, and provide stats about your …
Read more

Crisis communication has been on our mind a lot recently – we’ve even published a guide for PR teams and a few more resources like holding statement templates – but in this post, we really want to dig into the practical details and approach it from …
Read more
About PressPage

The dark side of Brand Journalism is crucial