Visual communication is the number one trend in Public Relations. Globally understood, visual crosses all borders, no matter which language you speak. At PR is Key best-selling author Rob Brown spoke about the developments in language in PR. 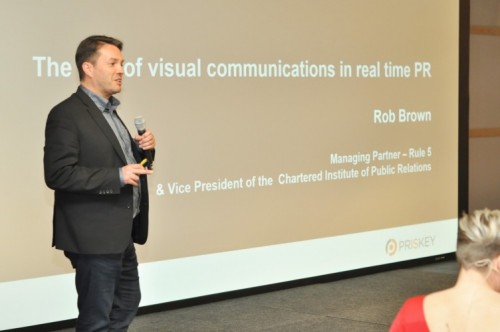 Language is continuously changing, not only in its meaning but also in its content and distribution. The rise of social media did not only increase the speed of communication, but also altered the way we interact. Language is being activated and words like ‘exit’, that used to be nouns, are now used as verbs. Furthermore computers, smartphones, and tablets make sure that we can connect anytime and anywhere we want. As a result, a large part of our conversations nowadays are facilitated by technology, initiating a shift from formal written communication to more informal personal communication. 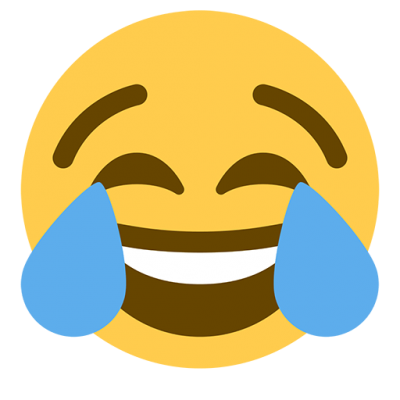 Technology has enriched our vocabulary, introducing us to new words such as binge-watching, selfie and abandonware. However, visual communication is by far the most important trend in PR. This reach can be extended to speech – in 2015 the Oxford Dictionary Word of the Year was “face with tears of joy”, which is not even one word, and it isn’t even text: it’s an emoji.

Overall, pictographs should not be underestimated. According to Rob Brown ‘Emoji represents actual feelings, emotions and answers. They can be used instead of text and are here to stay. Emoji is indeed globally understood no matter which language you speak. People are sending messages that consist of nothing more than emoji, so they’re actually forming a language of itself.’ Even though speaking of the ‘former era of text-based communication’ as Mashable founder Pete Cashmore argues is extreme, adapting to language is necessary to keep your communication up to speed.

So what makes for good visual communication? Video usage is already soaring and continues to grow, but to piggyback on this evolution you need to surprise people and grab their attention. Brown reluctantly mentions Donald Trump as an example of someone who excels at this, knowing the power of a limited amount of words on the right channel to grab and hold attention. Important to recognize is that merely adding a picture or other visual to your message is not sufficient and therefore does not guarantee success in any way. For example, when you want to inform your followers that you are present at an event, do not post a picture of the venue but an ‘action picture’ instead. Be honest, would you rather like a formal picture in front of a stage or an unexpected picture that caught you off guard? In short, visual content has the ability to surprise and trigger a reaction, and it is up to you to make use of that.

Data is another factor that helps to determine whether visual communication is strong. Brown: ‘The concept of what is newsworthy, is becoming very data driven: predictions about the number of views a video will get are now important factors in deciding whether or not to produce the video in the first place.’ What makes this decision increasingly easy, is the fact that producing video content has become extremely cheap and easy. Everyone with a modern smartphone can shoot high quality videos now. ‘With the combination of ubiquitous internet, apps for broadcast and devices to view and consume, we are now able to communicate using visual content in real time.’

Events that particularly lend themselves well for the purpose of live coverage, rather than watching on-demand, are sport events. New technologies and WiFi-connected cameras allow for real-time editing and publishing, and can enable you to dominate social and conventional media. For example, a team of six, worked shifts over five days posting content on Twitter, Facebook and Youtube for the live, visually driven coverage of the 2016 Track Cycling World Championships, and delivered an astonishing 450 million impacts in social channels. 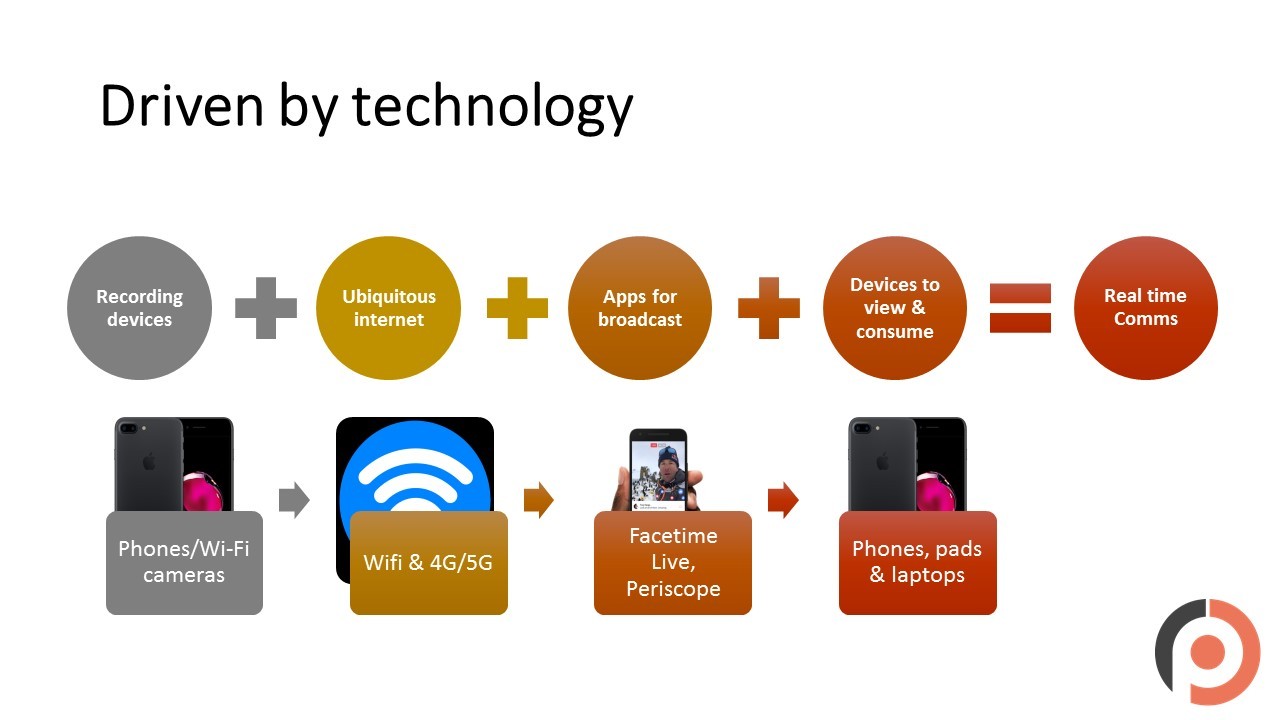 The future, for now

Whether the increase in popularity of video and visual content is a clear-cut change that will last, remains unclear. Yet the foundations of PR seem to be stable over time. The traditional value hierarchy of Television > Radio > Newspapers has not really changed and just reframed into Video > Audio > Text. It is all about embracing the opportunities that technology has to offer and use them to improve and strengthen your communication strategy. The expectation to consume media and access real-time information wherever we are, using our smartphones, requires new channels. Nevertheless, new media usually doesn’t mean the end of older ones, and text will not die out. At least, as long as you adapt to the modern languages.

Ensuring brand messaging is consistent across all channels, internally and externally is more difficult than ever—especially in a crisis. Social media accounts with multiple contributors, leadership disputes over messaging priorities and a lack of …
Read more

For complex B2B sales processes, a good communications plan is key. In essence, a lot of knowledge sharing and education goes into making most B2B deals happen. But is this not marketing's job? Yes… But if you want your content to have more of …
Read more

The work of modern communicators has for the most part turned digital. Fragmentation of digital channels, an increased need for quantifying the true impact of your PR strategy to bottom line results, and corporate web solutions that limit the ROI of …
Read more
About PressPage

Visual communication is the number one trend in Public Relations. Globally understood, visual crosses all borders.

The importance of returning to the human connection
Enjoy the pride of proactive storytelling
Take control of the conversation with Media Inquiries
Presspage - dirico partnership to streamline external corp comms workflow
Sizeable challenges: ensuring your communications work at scale
Why choose Presspage over a home-grown workflow?
BT - Presspage