5 tips to get you through a crisis using social media

A crisis within an organization can trigger impassioned online discussions and could negatively affect your reputation. In such circumstances, how the organizations weathers the storm depends largely on how it presents itself online. Here are 5 tips you can use to ensure it all ends well.

When a crisis hits, it is important for an organization to have a protocol in place. The protocol should not only focus on how to handle and cope with a crisis, but should also contain a clear communication flow. Who will be your key spokespeople and have you set out a clear strategy? Among the many communication tools that can be used during a crisis, social media is one of the most important ones because it offers the opportunity for an immediate, concise, and far-reaching response. But if misused, things on social media can take a turn for the worse. The question remains – will using social media in crisis communication deliver you an advantage?

The thin line between positive and negative

The introduction of social media enabled people to respond easily to almost anything online. A viral meme, video, or a tweet can appear instantly on the Internet. When a crisis occurs emotions can run high, which can make it difficult to manage online sentiment. All eyes are on you and with every step you take, you carry the risk of your message being misinterpreted and subsequently upsetting your customers or the public. There are options though to make sure discussions don’t escalate and you can escape the crisis without too much damage.

Social media offers real time insight into the mood of your audience, which enables you to interact with people. When a negative claim is made about an organization, it becomes important to respond quickly. When you are the subject of a joke, you can steer public opinion in your favor by participating in the humor through self-mockery, while simultaneously diffusing any inaccurate statements about your organization. Wendy’s, who have become notorious for their sassy social media presence, were quick to use some tongue-in-cheek humor to reinforce that their beef patties are never frozen earlier this year.

However, when words from your organization or its representatives are negatively received, use social media to limit the damage. Following USA’s victory over Ghana during the 2014 FIFA World Cup, Delta Airlines tweeted a photo of the Statue of Liberty (representing the US) next to an image of a giraffe (representing Ghana). The only problem was that there are no giraffes in Ghana. After Twitter users were quick to point this fact out, Delta promptly deleted the tweet, and tweeted an apology. 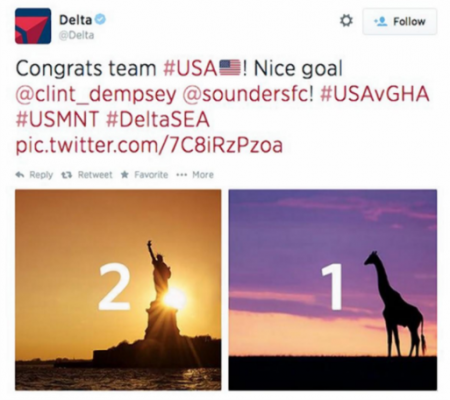 There are many examples of companies that either managed to save face during a crisis, or conversely succumbed to the criticism of the masses. From executive level, down to individuals who work directly with clients, there is still a lot of ignorance regarding the importance and power of social media. Here are five necessary tips on using social media during a crisis, for all members of your organization: 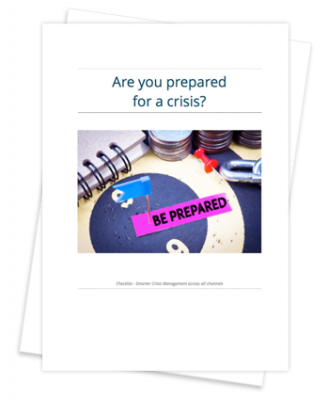 A full set of tools can be used for communicating during and following a crisis. Adequate preparation is one, but there are many other aspects that can influence how the crisis influenced the organization. Do you want to make sure your organization is ‘ready for a crisis’? Download our checklist which will help you prepare all of the things you can prepare in advance.

Jackson Electric Membership Corp. had, one month before, gotten its newsroom up and running when tropical storm Irma battered northeast Georgia, where the company is based. The storm knocked out power for half of the electrical cooperative’s …
Read more

Emergency communications in the era of social media

According to the FCC, Harvey has disrupted at least 17 emergency call centers and 320 cellular sites, and it has caused outages for more than 148,000 Internet, TV, and phone customers. It is also reported that 9 radio stations went out of service. …
Read more

Every crisis is an opportunity: fact or fiction?

Does every crisis present an organization with a silver lining and an opportunity? Or is this another hackneyed idea? Here are three tips to increase your chances of drawing a positive outcome when a crisis hits.
Read more
About PressPage

5 tips to get you through a crisis using social media

Optimizing your PR budget for 2021: Doing more with less
Distributing your stories just got easier
How to spruce up your newsroom—and draw eyeballs
How User Experience can shape your branded newsroom
Developing a powerful email pitch for a PR campaign
G2 summer 2020 badges are here, PressPage named leader