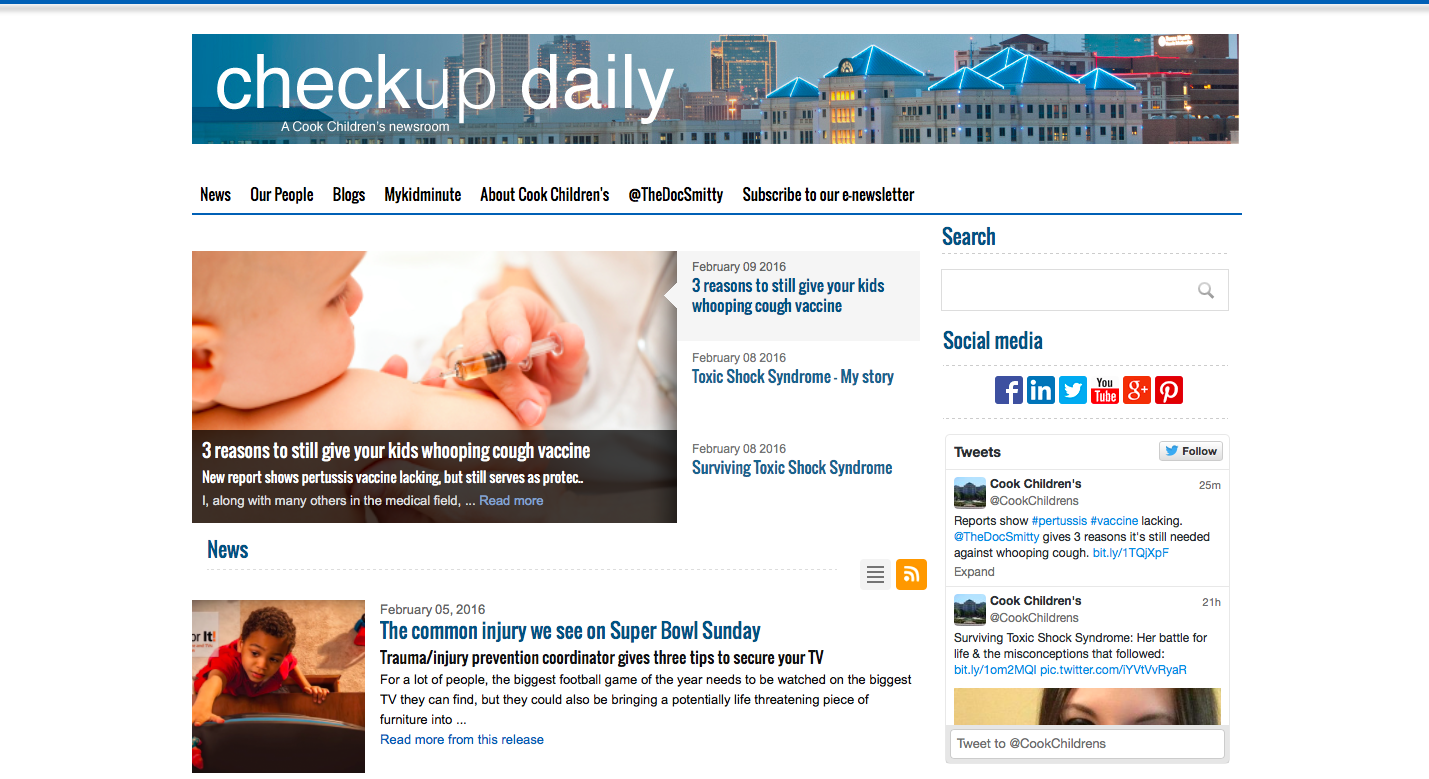 The senior content specialist at Texas-based Cook Children's Health Care System newsjacked the story with a piece titled, "Tax it or not, sugar can be dangerous for kids."

Noting that U.K. recommendation was part of an international trend, the hospital jumped in on a health issue when it was making headlines. The story, which quoted a staff endocrinologist and pediatrician, once again demonstrated the effectiveness of the hospital's brand journalism site, Checkup Daily.

The brand journalism strategy has changed the way the nonprofit hospital handles news. The hospital no longer must go hat in hand to reporters and beg for coverage.

"Now we just tell our story," Calaway says. "We know that we're going to use our experts every time. We know that the information that's out there is going to be accurate."

For several years, Cook Children's has pursued a brand journalism strategy. Its blog was an award-winner, but it wasn't easy to make changes when a story broke, because communicators relied on the webmaster for updates.

"If there was something we wanted to get out quick," Calaway says, "we had to stop what he was doing and send him the articles and pictures. He had to post them."

While attending a conference at Mayo Clinic, they discussed brand journalism.

"We didn't know what it was called, but we knew that was the direction we were trying to take it," Calaway says.

He recalls being told, "You're ahead of the game, because you have so much content." What the hospital needed was to speed publishing on its own platforms.

The new PressPage software allowed communicators to take charge of the site without relying on IT. "We're a very small staff," Calaway says. "But I can post myself now, and it takes a matter of minutes to get it out there."

The software also makes it easier to post on Facebook, Twitter and other social media platforms, and journalists have begun retweeting the hospital's links to stories.

In the past, Cook Children's relied on traditional PR pitching, hoping a newspaper or TV station would follow up and frame the story in a way the hospital found helpful.

"Now we just tell our story [on the website]," Calaway says. 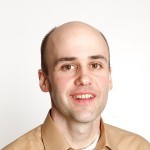 We're a very small staff, but I can post myself now, and it takes a matter of minutes to get it out there.

News you can use

Cook Children tells its stories in a journalistic fashion, offering a new story every day. Cook Children's emphasizes practical matters that are helpful for patients, such as a recent piece on 10 ways to help your child during standardized testing. The story is written by a licensed psychologist and clinic manager of Cook Children's Behavioral Health.

Newsjacking helps bring in readers. When The Washington Post reported an increase in autism patients nationwide, Cook Children's jumped in with its own story, "Why are more U.S. kids being diagnosed with autism than ever before?" The hospital posted a story on International Day of Persons with Disabilities quoting one of its neurologists.

Cook Children's gave the website a separate URL, CheckupNewsroom.com, so that it would have an identity distinct from the organization's. As staff members come to recognize the value of the site, and about 50 physicians have contributed articles. Child psychologists, nutritionists, chefs, security people and others have contributed.

Justin Smith, a pediatrician, serves as medical advisor for digital health and has a column called @TheDocSmitty. Other advisers include an endocrinologist and a nutritionist. The hospital emphasizes its experts by posting short bios at the bottom of the stories.

Analytics help communicators prove the value of the site to skeptical staffers. Calaway says: "I've had a pediatrician going, 'Does anybody actually read this?' And so when you can come back and say, 'This story was read by 120,000 people or 50,000 people or even 3,000 people,' it's big, because it shows that people are actually getting the information."

The site has proven successful in reaching journalists as well. In November, Smith wrote a blog post titled, "Your child tested positive for the flu. But does she really have it?" The story caught the attention of a local TV station.

"We tweeted it out," Calaway says. "In no time at all, it had been requested that he do a live interview."

This article is written by Russell Working and was orininally published on PR Daily on December 14, 2015.

How to spruce up your newsroom—and draw eyeballs

There are two kinds of digital newsrooms in the organizational world. Some are designed to please the chief executive with flowery turns of phrase but offer little concrete information. Others meet the needs of reporters, customers and the …
Read more

How to become a brand journalist

On April 17th Tom Foremski organized a Media Salon in San Francisco on the rise of 'corporate publishing'. During the event a panel of experts discussed trends and effectiveness in corporate content strategies. The event inspired David Libby …
Read more

How to not get published!