The healthcare organization's editorial philosophy and communications workflow is a stellar example of how to run your organization's online newsroom. Two years ago, OhioHealth, a not-for-profit, faith-based healthcare system in Ohio, switched their newsroom over to PressPage. Within the first year, their total viewership jumped from 11,588 visits in 2015 to 114,697 visits the next full year on their new PressPage newsroom. That is a meteoric 889% increase!

(NOTE: This is part 2 of 2 of our interview with OhioHealth. You can read part 1 here.)

While we would love to say our platform empowered OhioHealth to achieve such numbers, part of the secret lies in the way their team restructured their PR workflow and the subsequent editorial philosophy they adopted for their newsroom.

Finding traditional news media harder and harder to reach in the modern age, OhioHealth saw an opportunity to showcase their internal communications stories alongside their media relations efforts to truly create a one stop shop brand journalism website. We spoke to Missy Gleason, the managing editor of the OhioHealth Newsroom, and Mark Hopkins, director of Media Relations to learn their secrets. 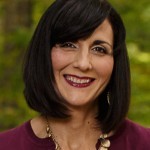 I see a lot more people coming to us now saying “this would be good for the newsroom” because it's now much more top of mind for everyone. We even have clinicians who know to reach out to us when something newsworthy is happening, or even if they’re not sure if it’s newsworthy. 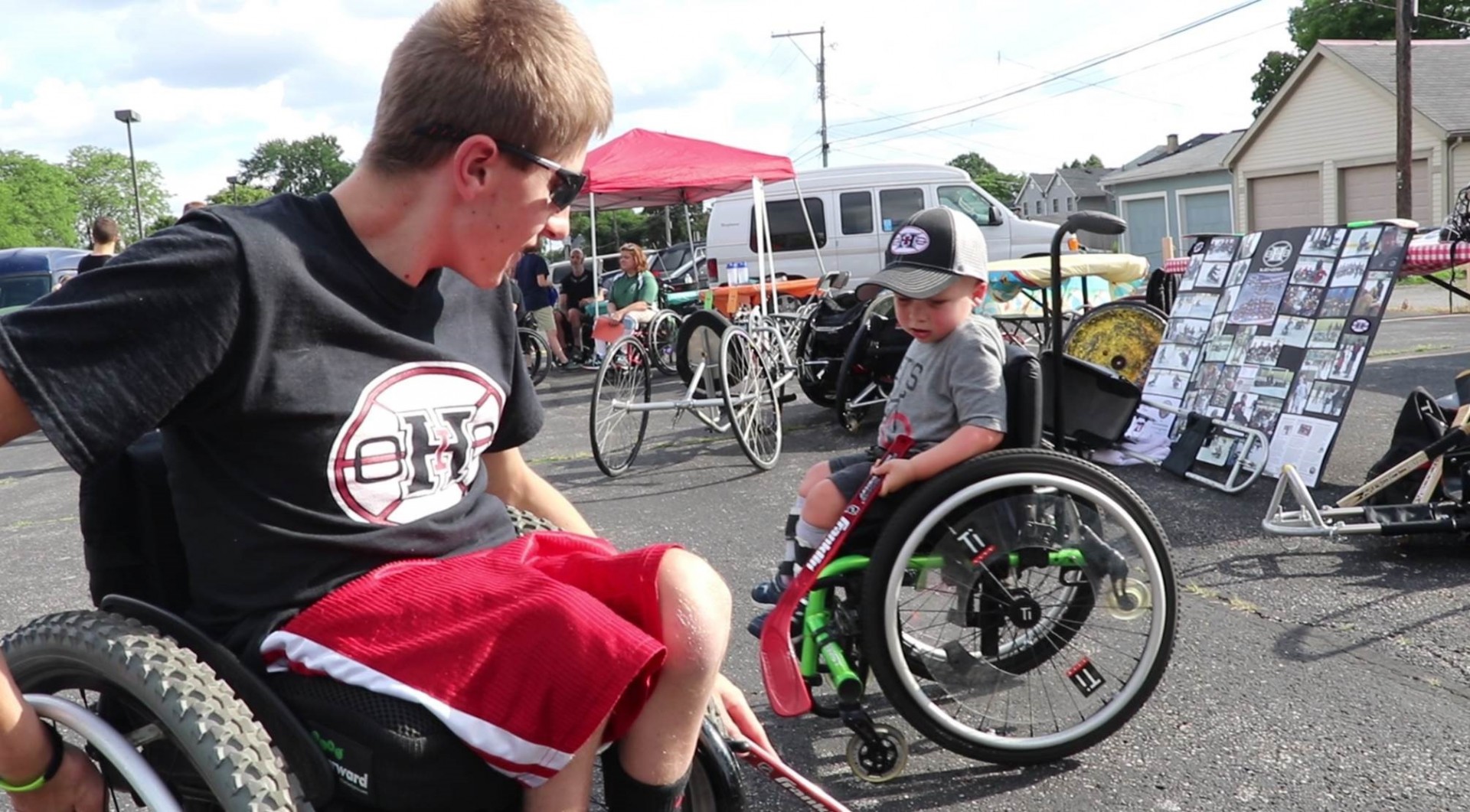 Last time we spoke about your content strategy. Let's talk about your communications workflow. Did anything change when you adopted the newsroom?

Mark Hopkins: Before we had the newsroom, the media relations team at OhioHealth would go out and find their stories, the internal communications team would be working on their stories, and social media would do their own thing. And there might be other departments here that might be working on something that we didn’t know about. And we would hear about it later and say: "That’s a great story. We should do that!" or "We’re both working on the same story. What are we doing?"

Missy Gleason: Yes and you could have an events team working on a video that the communications team was already planning to write a story on. Then somebody in the media team might even be thinking of pitching it, and those three teams not realizing that those things were going on.

Mark: And so Missy founded a Content Council that we’ve been doing for a couple of years now. We’re a big organization and when you don't have that communication between the different departments, even though you’re friends and you work in the same building, if you don’t purposefully sit down and share what you do, then you lose opportunities. And you may be duplicating each other’s work. So that helped a ton. And social media also sits at that table. There’s an energy that forms – an excitement.

Missy: I see a lot more people coming to us now saying “this would be good for the newsroom”, because it's now much more top of mind for everyone. We even have clinicians who know to reach out to us when something newsworthy is happening, or even if they’re not sure if it’s newsworthy.

How has your social media strategy evolved as a result of these changes?

Missy: The social media team and I have a phone call every Tuesday and Thursday morning. We call it our ‘What’s trending call’. We just jump on the phone together and talk about what’s making news. Even if it’s something we’re not involved in. We also talk about what’s being shared on social channels. And then we talk about what could we be creating, to jump on the ‘news wagon’.

I think having me on that call with the social media team is so key because I have that legacy information of what we have done news stories on in the past. So if something comes around, let’s say this summer a case of cryptosporidiosis breaks out at the pools, I can say "we did a news story on that last summer, you can bring it back and share it again". Because such a big part of social media is not just sharing what’s brand new, but bringing back things that are still topical and timely, that might have been created one or two years ago.

And do you find yourself creating content that has a quality of timelessness or at least some longevity to it?

Missy: Oh yeah we do. Obviously, a part of a news organization is being timely, but you also want that mixture of evergreen stories that are going to beneficial to your audience no matter where they are or when they are.

So it sounds like you’re thinking about content a lot more proactively, looking for opportunities, rather than reacting to events once they have already passed.

Missy: Absolutely. Yes, we’re definitely much more proactive. When we meet as a content council we usually touch very briefly on what has happened. And then the rest of the meeting is what is coming up. And then we usually look 2-3 months ahead and brainstorm and think of things that we could capitalize on, and what should be a story coming up in the next 2-3 months. It provides a great opportunity for everybody to stop and think about what could be a story, as opposed to ‘well this is what we’re already doing’. It’s just a great brainstorming place.

Has that been a deliberate strategy on your end, to look at every piece of content on the home page, and make sure everything has a purpose?

Missy: Absolutely. I definitely take into consideration not just what the photos are, but what the news content is. When I look at the slider at the top - I think: "Is the visual compelling?" and "Is this really something that should have that top half of the real estate?" It might be a pretty picture but if the story doesn’t promote viewer benefit in some way, then it won’t make that slider. And we really try to stay away from news that we’re sharing just for the sake of–

Mark (laughs): –because people in our organization want us to? We hold the line pretty well.

Missy: We really take that editorial role seriously. We don’t want it to be a page where it’s just us pounding our chest and saying how wonderful we are, but really demonstrating our value and what we provide to our community. 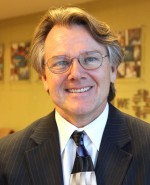 We’re a big organization and when you don't have that communication between the different departments, even though you’re friends and you work in the same building, if you don’t purposefully sit down and share what you do, then you lose opportunities.

Are there any specific features of PressPage where you think you’ve discovered a trick or a strategy that has helped you?

Missy: One of the features I like is the featured release module. We used that for a long time last year when Zika was in the news. We kept a running story about Zika in our community and kept updating the featured release with the latest news. So when someone came to the newsroom, they could see, “Oh, OhioHealth has a story right here on what central Ohioans need to know about Zika.” So people knew the featured release wasn’t going away or phasing out, which I really appreciated because Zika was something that lasted for longer than a season.

If you could give one piece of advice to communications professionals looking to match your team's success, what would it be?

Missy: I would say step away from your desk and think about how you absorb news as an audience member. When you are looking to read something, or something stops your scroll on Facebook, think about what grabs your attention there. And really focus on that aspect – what do you want to know as a viewer, or reader, as opposed to what does my institution want me to share.

Mark: And I would add – harness the power and thinking of those around you. I think if you run it as an island, you are going to be limited. But if you share what it is with the other people in the organization and get them excited about it too, they’ll help you come up with ideas, and make you aware of other stories. So I’d say collaboration – something like the content council is ultimately going to help.

(NOTE: This is part 2 of 2 of our interview with OhioHealth. You can read part 1 here.)

Enjoy the pride of proactive storytelling

The aviation industry has a major impact on the world we live in. It brings people, cultures and businesses together. It generates economic growth and facilitates trade and tourism. Alongside all the good, aviation has been going through some …
Read more

Take control of the conversation with Media Inquiries

Organizing and managing your media inquiries is a huge task that requires streamlining. Trawling through emails, post-it notes, spreadsheets to respond to individual questions and requests from journalists is impractical. In the worst cases, it can …
Read more

dirico and Presspage announce their partnership which offers communications teams a holistic approach to story creation and sharing by uniting the key tasks of planning, creating, publishing, and distributing content.
Read more
About PressPage

Enjoy the pride of proactive storytelling
Take control of the conversation with Media Inquiries
Presspage - dirico partnership to streamline external corp comms workflow
Sizeable challenges: ensuring your communications work at scale
Why choose Presspage over a home-grown workflow?
What could you do with 30 more hours each week?
Register now for our newsletter opens in new window
BT - Presspage